Mateo Llarena, at the apex

Mateo Llarena, 16 years old, a Guatemalan national, was born on February 26, 2004, and is currently Silver Category at FIA.

Multi-Disciplinary young gun, born in Central America, and raised around the world´s most famous race tracks. His humbleness has brought him immense likeability throughout the region despite being one of the most successful drivers to achieve various important championships and awards at early stages in his karting and motorsport career.

14-year-old newcomer, made a special debut in motorsport attending a couple of Toyota Yaris Cup 2018 serial winter races, amazing organizers and sponsors by rapidly getting amateur category pole-positions and by winning several heats. He started to get known for his talent and extraordinary results for such a young athlete.

In 2019 won the National Motorsport Championship as the youngest in history, with only 15 years of age, to win this tournament in Guatemala and Central America, earning his second FIA Americas Award.

He rapidly continued to embrace more motorsport events being one of them a memorable opening act for FIA Formula 1 Mexican Grand Prix 2018 competing in one of the most important teams in NACAM area, RPL-Telcel Racing provided him with one their Formula 4 race cars and did an honorable performance during the weekend.

Decided to take a long-term development in GT Cars, began his journey in the most prestigious one-make series on the planet, the “Porsche GT3 Cup” managed by the German manufacturer as an official factory serial based in several countries. Llarena has traveled to test and race in different places such as Argentina, Uruguay, Brazil, the USA, and Spain. More recently spotted by European MRS GT-Team to join them for the entire Porsche Mobil 1 Supercup 2020 season as a Factory supported Rookie.

After a successful 2020 season in some of the most renowned tracks in Europe, Mateo made his debut in Protoypes winning the overall title of the 2020 edition of the Hankook 500 Miami. In 2021 he competed in IMSA Weathertech Championship in the Rolex 24 at Daytona 2021 edition, LMP3 class.

During 2021, Llarena was scouted as a Lamborghini GT3 Junior, racing in the Italian GT Championship with Imperiale Racing Team competing in legendary tracks as Imola and Monza.

You will find what you need in one of our fully equipped demos. Easy to import and highly customizable, they make your life easier. 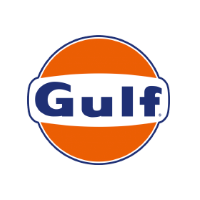